The dust has settled on the 2018 FIFA World Cup, with France claiming the championship over Croatia in a 4-2 game on Sunday. However, the French weren’t the only winners from this year’s event. Plenty of brands focused on the American market got a big boost from the global soccer tournament as well, despite the U.S. team’s absence.

According to iSpot.tv, the real-time TV ad measurement company with attention and conversion analytics from more than eight million smart TVs, the World Cup this year generated $269 million in estimated ad revenue for in-game advertising in the U.S. Those buys generated 6.04 billion TV ad impressions from 8.576 ad airings across six networks. 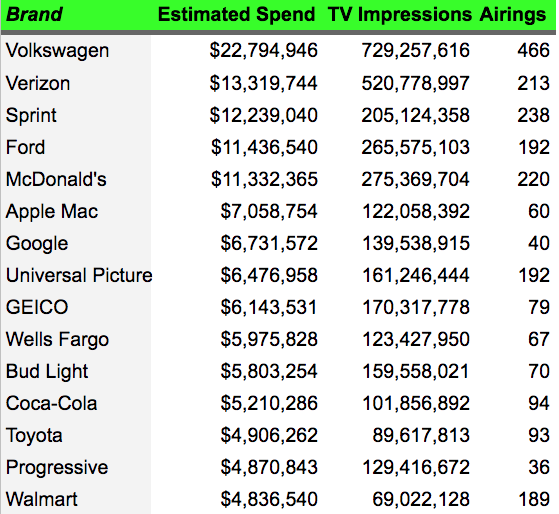 This year’s viewership skewed young, with 29% of those watching under the age of 34 — and 60% of that audience was male.

Volkswagen was the top overall spender on TV ads, when combing both English- and Spanish-language spots. However, Sprint was the leading advertiser during Spanish-language World Cup broadcasts. Beer brands, streaming services and soft drinks performed particularly well during the World Cup by measure of ad attention. 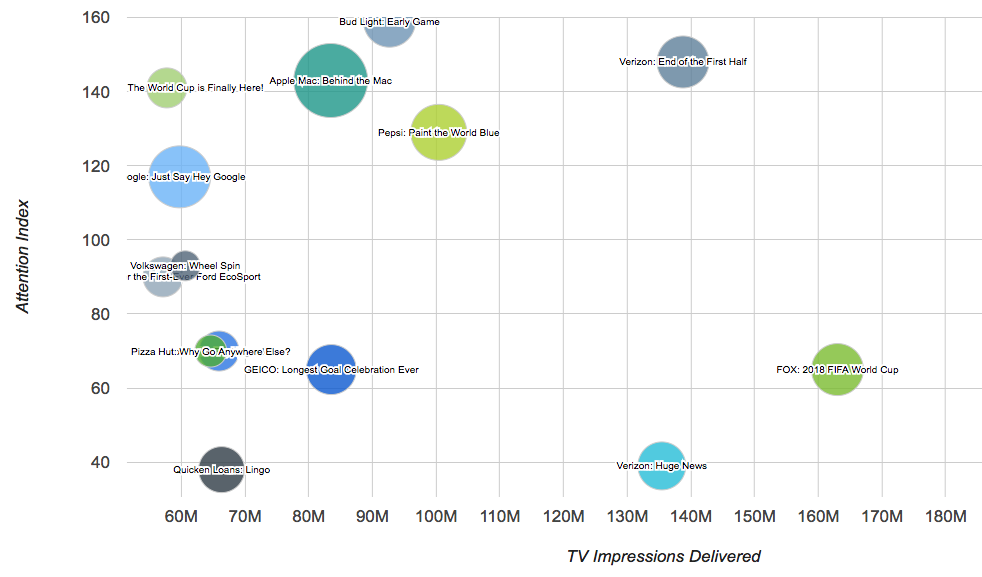 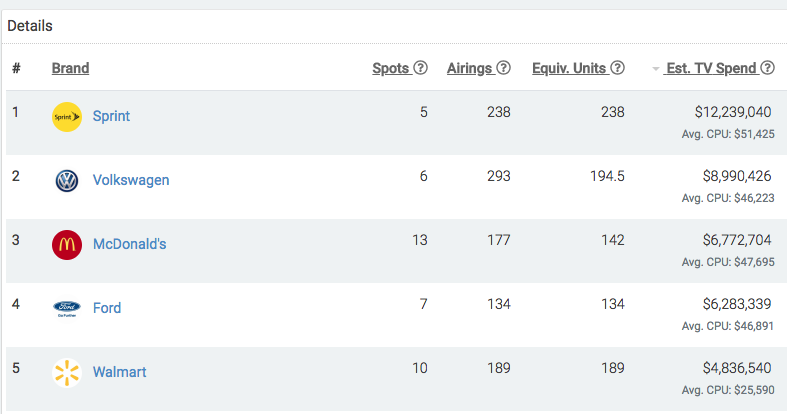 According to iSpot, the championship final between France and Croatia outperformed all other broadcasts by measure of attention. It also earned the most Emotional Reactions (ERs) on Twitter in the U.S., according to emotion measurement AI company Canvs. Of the 1,899,081 ERs to occur during the entire tournament, 218,343 (11.5%) came from the final game.

World Cup success also dictated very little in terms of which players generated buzz overall. France’s Kylian Mbappe (28,337 ERs) was the only player to make it to the semifinals and finish among the top five ER generators. The rest of the top five included Ronaldo, Lionel Messi (Argentina), Neymar (Brazil) and Toni Kroos (Germany).

Not surprisingly, Mexico’s games drove ERs just as much as the team did overall. Two of the top five games by ERs involved Mexico (vs. Brazil in the knockout rounds and Germany in group play). Croatia vs. England was second by ERs (over 131,000), followed by Portugal vs. Spain and then the two Mexican matches. Both the Mexico-Germany game and Portugal-Spain were contested in group play.